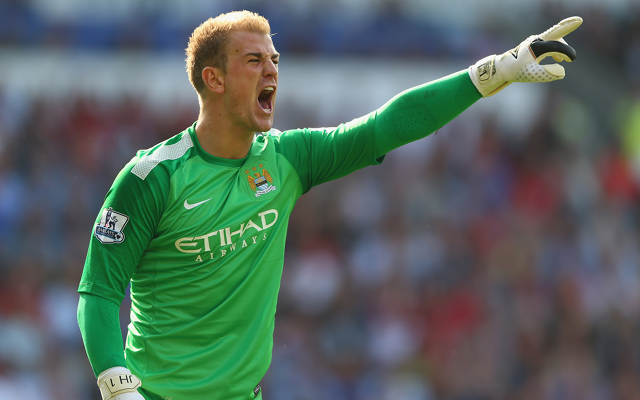 Arsenal are reportedly ready to rival Liverpool for the signing of Manchester City goalkeeper Joe Hart as he stalls on signing a new contract at the Etihad Stadium, according to the Daily Star.

The England international has been one of the best keepers in the Premier League for some time now, and has won two titles during his time with City, along with the FA Cup and Capital One Cup.

A move to one of City’s rivals would certainly be quite a surprise, though it is well established that Liverpool are keen to recruit a new player in goal to replace the struggling Simon Mignolet.

Arsenal could also do with an improvement on current number one Wojciech Szczesny, and both clubs have also been linked with a move to sign Chelsea’s backup keeper Petr Cech.

Hart remains first choice in Manuel Pellegrini’s side, though he faces increased competition for a place this season after the £6m summer signing of Willy Caballero, who has played three games so far this season.

Hart is yet to be offered a new deal at the club, and as time ticks away it is looking increasingly likely that he could get big offers from elsewhere.