Mignolet refuses to give in to his critics 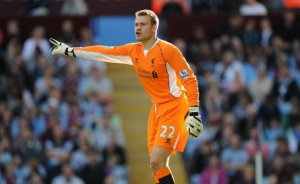 Also in the Daily Mirror, Liverpool keeper Simon Mignolet says he is not fazed by criticism and has declared that he does not dwell on his individual performances – whether good or bad.

Mignolet has been the subject of increasing criticism recently, most notably from former Reds stopper Bruce Grobbelaar, who declared the Belgian ‘worse than Dracula’, believing him to be unable to deal with crosses or to command his area.

In response, Mignolet said: “I deal with a good performance the same as a poor performance – you have to accept it and move on. What I did after the [Ludogorets] game was look forward to the next game and that is what I will do again today.”