Could Gunners have a superb young striker right under their noses?

For all the talk of big-name signings and huge transfer fees, Arsenal could have a highly exciting young striker on their hands without even realising it, as 21-year-old Benik Afobe continues to have a superb season on loan with MK Dons.

In what is his sixth loan spell away from the Emirates Stadium to a lower league club, Afobe has an incredible 18 goals in all competitions already this season, finally reaching the point where he may be in with a chance of competing for a place in the Arsenal first-team.

While some may turn their noses up at a striker firing in the goals in League One, it is worth remembering that Afobe also has six goals in just four League Cup games this season, including a superb brace against none other than Manchester United in THAT 4-0 win in the second round of the competition. 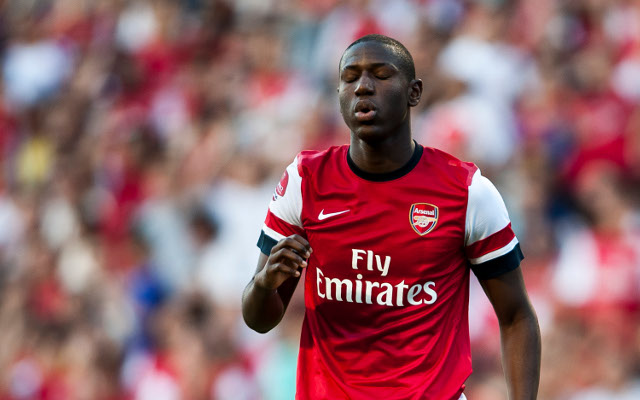 Afobe has previously been talked about as one of the most exciting young players at Arsenal, and it may be for that reason that the club have been so patient with him. After being linked with Barcelona at the age of just 16, it is easy to get ahead of yourself and expect chances immediately, but development at the top level takes time, apart from some notable exceptions.

The likes of Theo Walcott, Aaron Ramsey, Alex Oxlade-Chamberlain and Carl Jenkinson were all playing lower league football before joining Arsenal, and it may be that the slightly more physical side of the game in somewhere like League One could truly help Afobe develop into a better, more intelligent player.

Whether or not he will get that chance with Arsenal, his goals record is looking increasingly hard to ignore, and if Wenger is true to his words about giving youth a chance, this is a player surely worth more time than Yaya Sanogo at the moment.