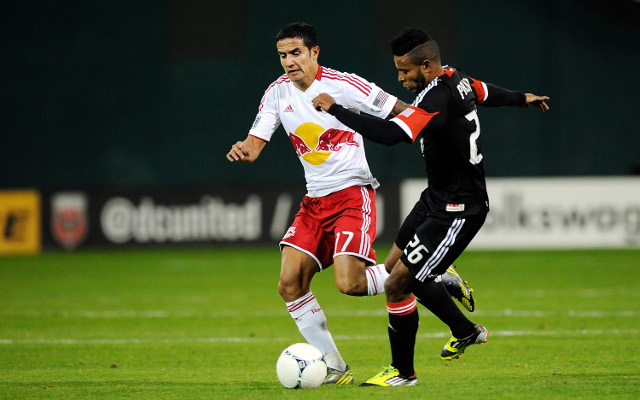 Could Cahill make a move home?

Socceroos star Tim Cahill has hinted that he could be on his way out of the New York Red Bulls, opening up the door for a potential move to the A-League.

The Red Bulls’ MLS playoff campaign ended on the weekend after a 4-3 aggregate loss to New England Revolution in the Eastern Conference Final.

When asked if he would return to honour the final year of his contract at the club, Cahill said his main focus was on the upcoming Asian Cup.

“You know. I’m going to have a little break with the kids. Chill out. I’m going to play in (the) Asian Cup and try and do well for my country.

“I’ll talk with the club afterwards but I’ve enjoyed it.

“It’s been an unbelievable two and a half years. It’s been amazing but main thing for me is to concentrate on the Asia Cup now.”

The Socceroos all-time leading goalscorer has been linked with moves to Sydney FC, Melbourne City and the Western Sydney Wanderers in recent months, but it is believed there is still interest in the player coming from England.