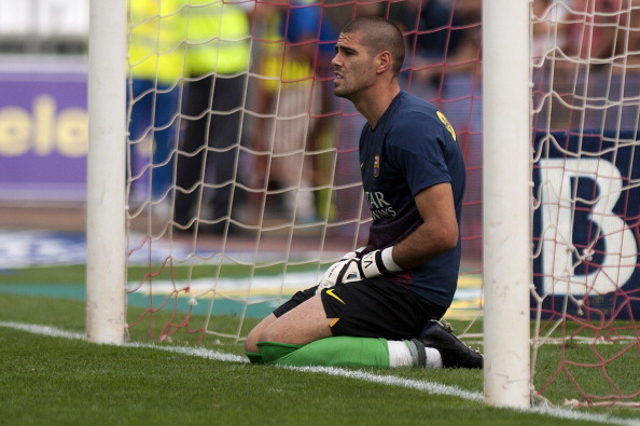 Valdes Man United deal back on?

A deal for Manchester United to sign former Barcelona goalkeeper Victor Valdes on a free transfer could be back on in January, according to Spanish source Fichajes.net.

Recent claims suggested that the 32-year-old would not be linking up with Louis van Gaal’s side, despite spending some time training with them on his road to recovery from a lengthy injury layoff, which has also hindered his chances of joining other top clubs.

Still, it is now being reported that United are interested in bringing the Spaniard to Old Trafford this winter, though they are still biding their time over a deal as they fully wait for him to return to full fitness and form.

Valdes would only be brought in as a backup by van Gaal, who remains set on keeping the in-form David de Gea as his number one, though the ex-Barca man will no doubt provide good competition for a starting spot between the sticks.

After spending his entire career until now at the Nou Camp, Valdes has won a whole host of major honours and shown himself to be a big player and one of the best in the world in his position.