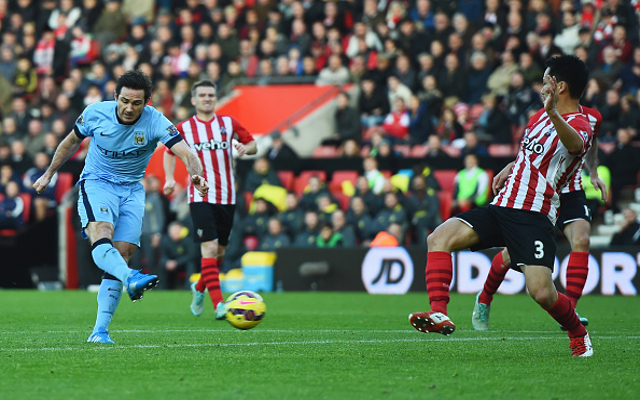 Jose Mourinho elected to allow Frank Lampard to run down his Chelsea contract last season and then watched as the club legend left the club on a free transfer deal.

The veteran midfielder agreed a deal to join new MLS franchise New York City FC but was then loaned to Man City, who of course jointly own the Stateside outfit, and perhaps buoyed by a determination to prove Mourinho wrong the 36 year old has proceeded to impress when called upon by the Etihad Stadium side.

Whilst Chelsea are of course flying high at the top of the table one has to wonder whether the club are relying too heavily on Cesc Fabregas as the club’s chief midfield creator.

Nemanja Matic has been truly superb in a holding role whilst Brazilian Oscar has had an average campaign thus far and one wonders how Chelsea would fare should Fabregas suffer an injury or a drop in form?

With the usual hectic Christmas schedule on the horizon it’s entirely possible that the Blues may struggle to replicate their early season form, indeed that ‘form fatigue’ may have already began given the west London side’s inability to break down a resilient Sunderland side on the weekend.

Similarly Frank Lampard’s form at Man City only serves to aid their challenge to retain the Premier League title, indeed Manuel Pellegrini’s side are likely to be Chelsea’s only real genuine competitors for the crown.

Lampard did of course already directly cost Chelsea two points already this term when he leveled for Man City against his former club earlier in the campaign and his tally of five goals and two assists in 11 appearances clearly show that the former England man is still very capable of making a real impact at the highest level.

Chelsea’s loss may well be Man City’s gain and Mourinho’s decision could well back-fire in a big way, especially if the Pellgrini manages to hold on to Lampard for the remainder of the campaign.