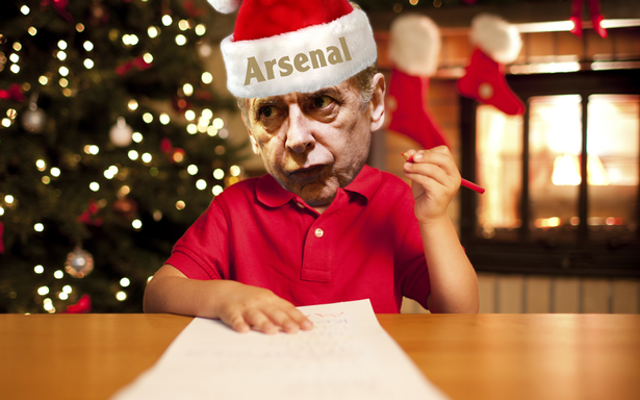 Arsenal fans tell us the players they want Arsene Wenger to bring to the Emirates for Christmas, featuring Manchester United & Liverpool targets…

With Christmas fast approaching, football fans around the world are sending their letters to Santa and hoping he brings them the players they want.

Arsenal fans in particular have very, very long wishlists, with Arsene Wenger certainly on a number of Gooners’ naughty lists as we head into the holiday season.

We asked fans which players they wanted to see in an Arsenal shirt in January, and these are the names they came up with:

The Frenchman was hotly tipped to move over the summer, but after the Saints saw a mass exodus his transfer was blocked.

Still considered by many Arsenal fans to be the ideal midfield signing, Arsene Wenger would go into a lot of Gooners’ good books if he pulled this one off.