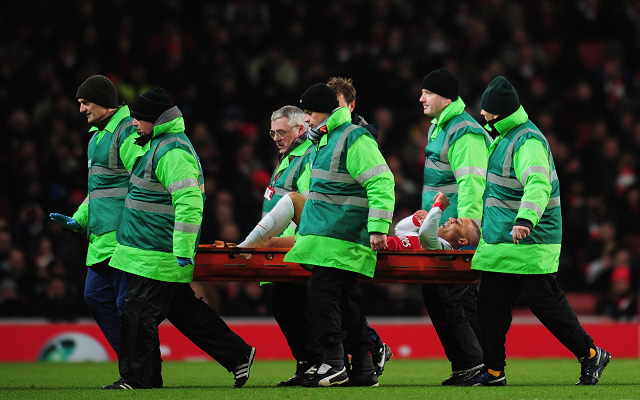 Arsene Wenger has given an injury update ahead of Arsenal’s clash with Southampton, and it’s not fantastic news for Gooners, according to the Mirror.

The Frenchman confirmed what everyone already knew, revealing that there are question marks over Nacho Monreal, Kieran Gibbs and Alex Oxlade-Chamberlain.

This leaves the Gunners without a recognised left-back against the Saints, which may restrict Alexis Sanchez if he is forced to track back more often.

Chamberlain will not be such a huge miss, but his form this season has been fantastic so it’s a shame to see his momentum interrupted.

Wenger also announced that he will have to assess Laurent Koscielny’s fitness, with his compatriot only recently returning from a lengthy lay-off.

Wojciech Szczesny is still out after suffering a hip injury against Manchester United, but may return against Stoke City at the weekend.

The good news is that David Ospina and Mathieu Debuchy have returned to training, although no return date has been set just yet.

While Yaya Sanogo is back in contention, and available for selection on Wednesday if he is required.