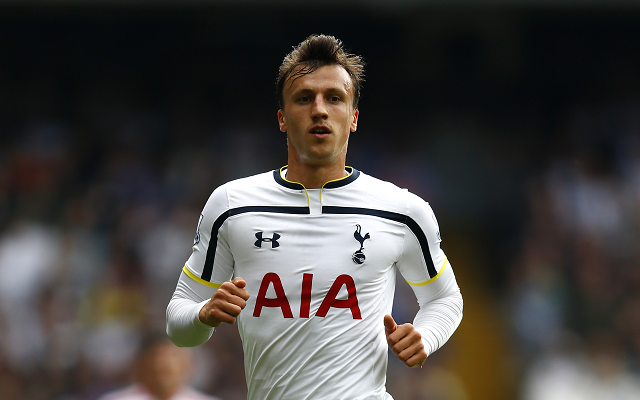 Tottenham Hotspur defender Vlad Chiriches looks set to end a disappointing 28 month spell with the club in January and arch rivals Arsenal are said to be just one of five teams interested in taking him on board, according to Corriere Dello Sport.

The Romanian stopper has been unable to break into the Tottenham side on a regular basis and is now set to move on in the new year as five clubs across Europe all line up for his signature.

Premier League arch rivals Arsenal are reportedly keeping tabs on Chiriches, along with Roma, Inter, Napoli in Serie A and Bundesliga outfit Schalke.

It is believed that Arsene Wenger is eager to solve his defensive crisis and will target a move for the 25-year-old on loan until the end of the season.

The last player to cross the north London divide directly was Sol Campbell back in 2001, who went on to have a successful career with the Gunners but never lived down the ire of the Spurs fans he left behind.