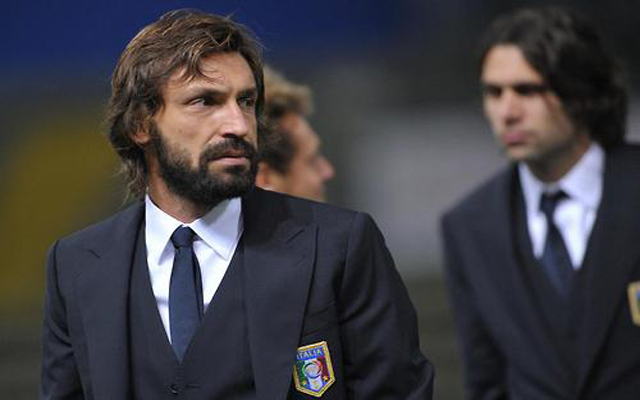 All the latest headlines from the newspapers in Italy including Tuttosport calling for Juventus and Italy midfield maestro Andrea Pirlo to receive recognition.

– Quality factor – Lessons from the last weekend in Serie A.

– The courage of Andrea Pirlo, Miralem Pjanic and Peres, the style of play of Roma, the surprising Genovese, beauty wins.

– Duvan Zapata bites, pain for the Little Viper (Ferrero), Napoli equalise with 10-men in the 92nd minute, now in third. Sampdoria ahead, Ferrero show and disappointment, “I almost had a stroke”.

– Own goal from Mario Balotelli, accused of racism.

– “The lads have the desire, the club should aim high right-away. We need to remove the fear and think big” Inter Sporting Director Marco Fassone has Alessio Cerci plans, “He’s the right man for us”.

– Milan, Barbara Berlusconi strikes. 100m Euros from the Emirates for stadium and transfer market. Berlusconi suggests that once the club find a suitable site for the new stadium, they will discuss with Emirates about funding it.

– Zapata saves a poor Napoli in the 92nd minute.

– Lionel Messi, Cristiano Ronaldo and Manuel Neuer are FIFA’s three candidates, but the Italian deserves recognition for his career.

– Strange Mancini, the future is Mihajlovic.