CaughtOffside rates the Liverpool players for their performances against Stoke City…

Leicester City 1-3 Liverpool – Second-half goals from Steven Gerrard and Jordan Henderson proved enough to see off their brave hosts, who took the lead when Simon Mignolet deflected the ball into his own goal.

Things might have been worse for the Reds, had Mignolet’s poor pass, intercepted by Esteban Cambiasso, been taken advantage of. As it was, Adam Lallana quickly had Liverpool level, and Wes Morgan’s red card at 2-1 all but ended the Foxes’ chances. 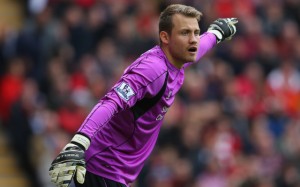 Was lucky not to gift the opening goal of the game to Esteban Cambiasso, and perhaps karma returned to haunt him with an unfortunate own goal a few minutes later. 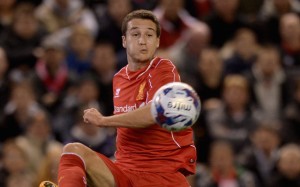 Replaced at half-time as Liverpool introduced Alberto Moreno and returned Glen Johnson to right-back. The youngster struggled as Leicester attempted to lead from the front with an attacking line-up.