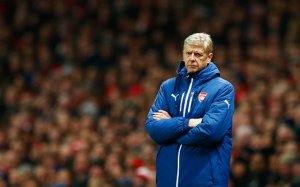 The criticism of Arsene Wenger has continued this season, with the Gunners boss so far failing to built on last season’s FA Cup success, with his team quickly cut adrift in the race for the Premier League title. Will no doubt secure a top four finish, but it’s whether that continues to be deemed good enough. Simeone would represent a quite drastic change in approach, but that could be healthier than trying find a like-for-like approach.