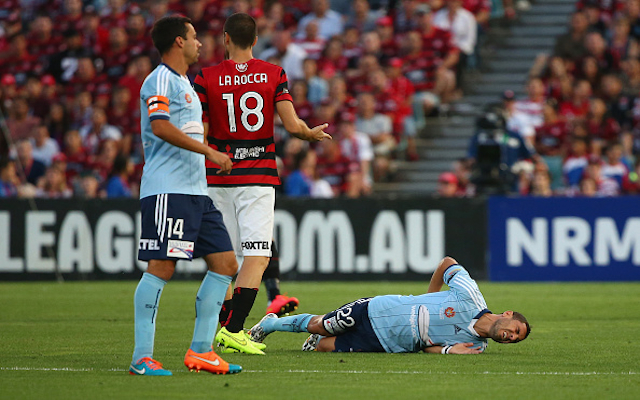 Janko has slammed La Rocca in the wake of Abbas’s season-ending injury.

Janko took to social media to condemn La Rocca in the wake of his season-ending tackle on the Iraqi international.

That just don't feel right and/or appropriate: giving high five to your teammate after you heavily injured another player!#shameonyoularocca

Abbas ruptured both his anterior cruciate ligament and medial ligament as a result of the challenge, and also received damage to the back of the capsule in the left knee.

He is expected to be out for 14-15 months and cannot undergo surgery for 8-10 weeks until some of the damage heals.