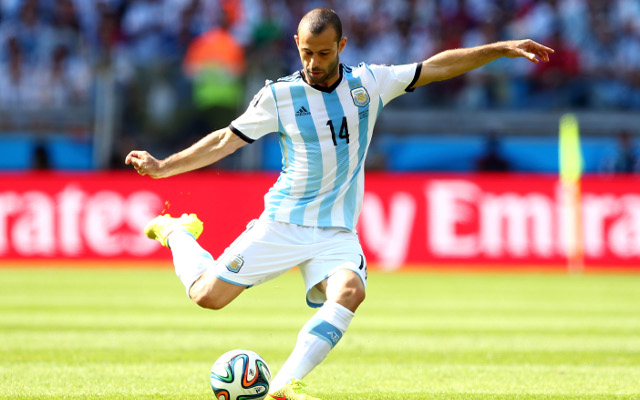 Argentine ace suffered a painful and unusual injury en route to the final.

Argentina star Javier Mascherano has revealed that that the heroic, match saving tackle he performed of Duth star Arjen Robben during the World Cup semi final this summer came at a cost as he tore his anus in the process, the Independent reports.

Mascherano saw the Bayern man bearing down on goal towards the end of the game and explains how his instinctive reaction ended up being more painful than he ever could have imagined.

“I thought I had slipped, I thought I wouldn’t make it, but I tore my anus on that move, the pain…it was terrible.

Argentina then went on to win the game on penalties and book their place in the final against eventual winners Germany.