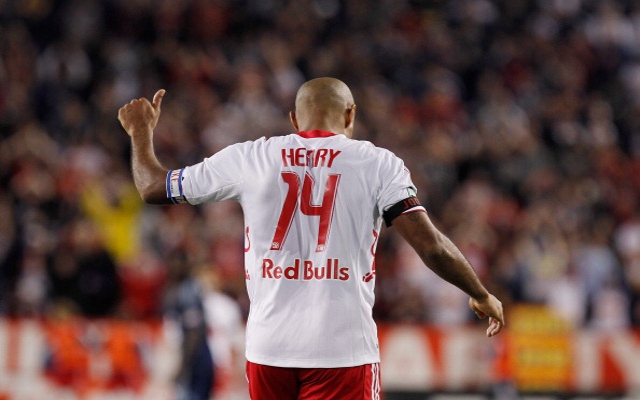 Former Arsenal striker John Hartson has said a Thierry Henry return to the Gunners would be a masterstroke move by Arsene Wenger.

Henry left New York Red Bulls earlier this week after four and a half years with the MLS club, but has yet to reveal what his next move will be or if he plans to retire.

The club legend has already returned to the Emirates Stadium in 2012 and there has been speculation the Frenchman could return to North London before finally retiring from professional football.

However, Hartson – who played for Arsenal between 1995 and 1997 – said Henry is such an icon for the Gunners that he needs to return to the club in some capacity.

“Wenger said that Henry was an Arsenal man,” said Hartson to the BBC.

“I thought [Patrick] Vieira was an Arsenal man and Arsenal lost him to Manchester City. I’m sure Wenger wouldn’t want that [to happen] again.

“When you’ve got one of the club’s former greats available then Wenger maybe would have learned from losing Vieira that he needs to get Henry in,” he said.

Henry continues to be Arsenal’s record goalscorer and won two Premier League titles and three FA Cups during his time in North London.