At 34, Gerrard is certainly in the twilight years of his career, but there is certainly no reason why he can’t enjoy continued success. Here are ten players aged 33 or over who are still plying their trade at the top level: 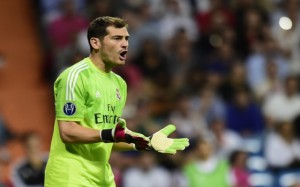 While the goalkeeper might not quite be what he once was, the Spaniard was still a Champions League winner last season, and has continued to feature on a regular basis for one of the best team’s in the world.