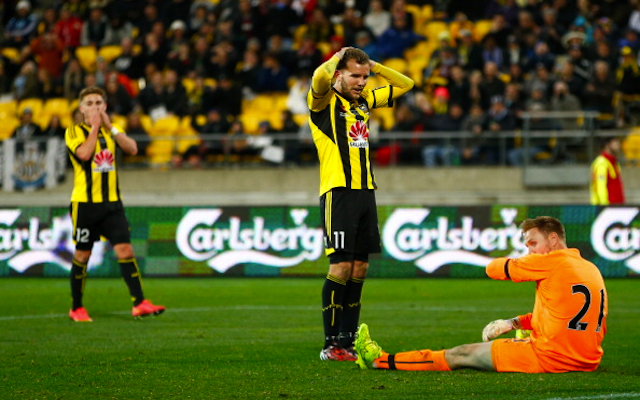 Jeremy Brockie has left the Phoenix mid-season to join the South African side.

The 27-year-old signed a two-and-a-half year deal with the club, with a one-year added option.

Phoenix boss Ernie Merrick said he was disappointed in losing Brockie, but said he wouldn’t stand in the way of the lucrative move.

“I was keen to keep him till the end of the year but the offer he received from SuperSport was too good to refuse,” Merrick said.

“He has been a good servant to the Phoenix and I wasn’t going to stand in his way.

“I wish him all the best in his new venture.”

Brockie said the deal offered from SuperSport United was too good to turn down at this stage of his career.

“Knowing that my contract was up at the end of the season I had a chat with Ernie before the season began,” Brockie said.

“I feel it was time to find a new challenge and I have always wanted to play overseas.

“While I have played for clubs across the Tasman Australia doesn’t count as overseas to a New Zealander.

“The contract will take me up to the 2018 World Cup and hopefully I can continue playing well enough to keep my place in the All Whites.”

Wellington Phoenix Defender Said To Be ‘Baffled’ By Speculation Of Impending Move To South Africa Jan 14 2015, 8:10