Gunners outcast may be out in the cold, but he hasn’t lost his sense of humour.

Arsenal forward Lukas Podolski may face an uncertain future at the club, but one thing that is certain is his evergreen sense of humour.

Alexis Sanchez was the star of the show on Wednesday night as the Gunners overcame a strong Southampton side by a single goal to nil.

But before the game he was presented with his Player of the Month award for November.

But seeking an opportunity for another lark, Podolski picked his moment perfectly and photobombed the Chilean and his presenters with the amazing pose below. 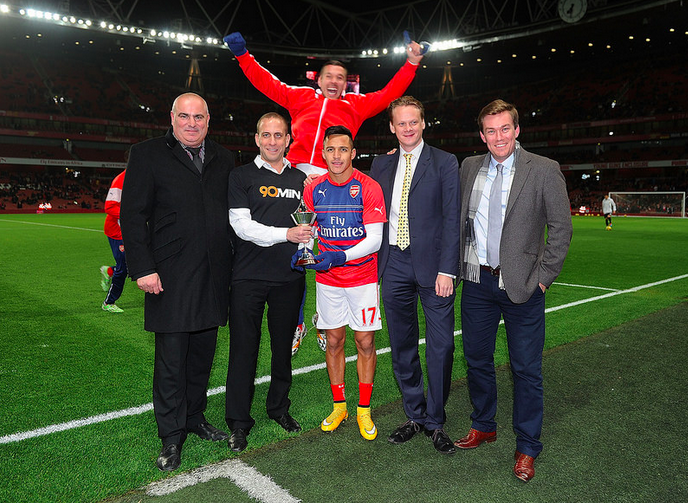