Reds legends pose to show proud history with a surprise face included to signify the future.

Liverpool today announced plans to redevelop Anfield into a 54,000-seat stadium with work targeted to come to an end by mid 2016.

And to celebrate the new plans a number of former Liverpool stars got together o pose for a celebratory photograph.

From the recent generation Jamie Carragher, Robbie Fowler and Steven Gerrard made the cut whilst there was also space made for the next stars of Liverpool FC.

And at the end are two of the club’s younger stars, including Raheem Sterling and Jordan Rossiter, who made his debut for the club earlier this season. 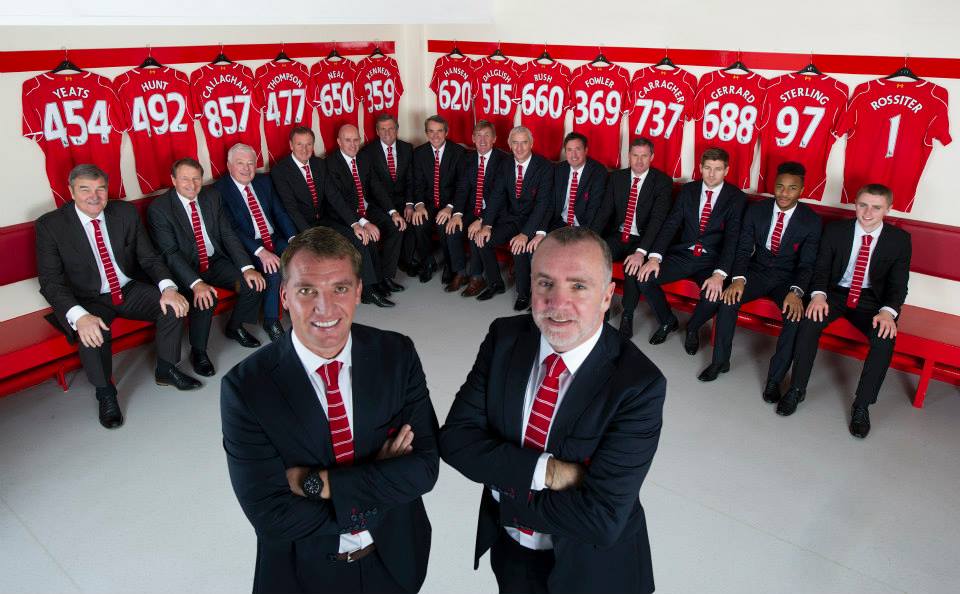