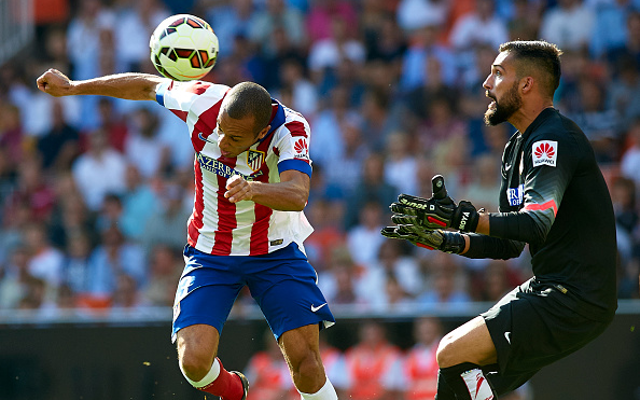 Manchester United could miss out on one of their top defensive targets this January as Barcelona reportedly chase the signing of Atletico Madrid centre-back Miranda, according to Fichajes.net.

The Brazilian international has been a rock solid performer for Atletico in recent times, proving instrumental in their La Liga title win last season, as well as in their superb run to the final of the Champions League.

However, Diego Simeone now faces losing the player as top clubs come calling, with United previously linked as strong contenders to snap him up.

Still, it could be that Miranda will remain in La Liga, with Barcelona hoping to pounce for him this season as they look to improve their struggling defence, which has long been something of a problem position at the Nou Camp.

With Gerard Pique off form and Thomas Vermaelen injured and failing to make a single appearance since joining from Arsenal this summer, it is no surprise to see Barca targeting a defender of Miranda’s quality this winter.