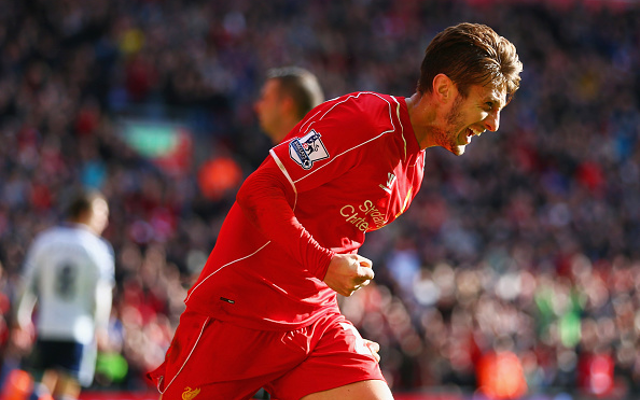 Rodgers defends Adam Lallana after a slow start to his Liverpool career.

Liverpool manager Brendan Rodgers has moved to defend the form of £25 million summer signing Adam Lallana, report the Express, with the Northern Irishman insisting that England international Lallana will make a ‘big impact’ at Anfield once he has settled into life at the club and Rodgers’ tactical framework.

Despite one or two flashes of brilliance, notably a wonderful goal at Anfield last month, Lallana has largely been on the fringes of things since arriving from Southampton in the summer and has not always been a feature on Rodgers’ first choice teamsheet since his big money move.

His manager still believes that Lallana will come good, however, and moved to defend him from any criticism that has come his way following a slow start to life at the club and insisted that his performances will improve as he settled into a much bigger club than the one he departed:

“Some of the changes of the team mean he has missed out tactically, but when he has played he has done very well.”

“He took his goal really well. I have been delighted with him since he came here. He is a wonderful talent and he will make a big impact in his time here.”

Lallana will be hoping to keep his place in the team at the weekend after a decent display in a 3-1 win at Leicester City this week, as Liverpool look to win their third successive Premier League game and put their woeful start to the campaign behind them.