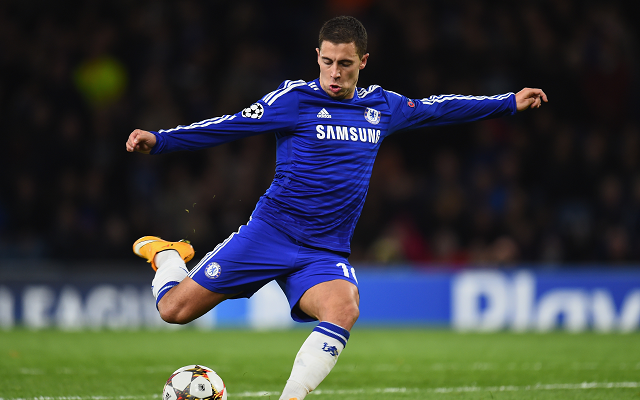 Some of the key moments from Chelsea’s victory over Spurs at Stamford Bridge tonight.

Chelsea won at home against Spurs again tonight, racking up 3 goals in a comfortable victory.

Spurs had the better of the opening exchanges, and could have scored with several early efforts. Harry Kane headed a chance onto the bar, but Spurs couldn’t break through.

Chelsea, driven forward by the imperious Nemanja Matic in the middle, were soon pushing forward themselves however. Eden Hazard sprinted into the box, exchanged passes with Didier Drogba and fired home beneath Hugo Lloris, who should have done better.

Chelsea were soon two up, after another Lloris howler. The Frenchman’s poor kick flew straight to the feet of Hazard, who ran inside and laid it off to Oscar. The Brazilian slipped in Drogba, who scored with ease.

Things didn’t get any easier for Spurs in the second half, as they fruitlessly tried to unpick the Chelsea structure. Eventually they were caught out again, and Cesar Azpilicueta released substitute Loic Remy on the counter. The Frenchman turned Jan Vertonghen inside out and passed the ball into the bottom corner. Game over, 3-0 to Chelsea.