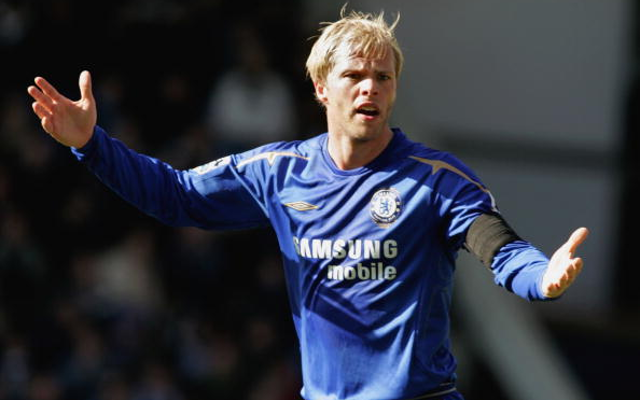 The 36-year-old attacker has put pen to paper on a short-term deal, which will see him remain at the Reebok Stadium until the end of the season.

Ex Iceland international Gudjohnsen has been away from English football since ending a loan spell at Fulham in 2011.

He has also played for Stoke City, Tottenham Hotspur, Barcelona, PSV and AS Monaco during a highly distinguished career.

Bolton were Gudjohnsen’s first club in England. He joined the Trotters from KR Reykjavik in 1998 and went on to score 27 goals in two seasons, before moving to Chelsea for £5m.

He found the net 78 times for Chelsea, helping the Blues win back-to-back Premier League titles in 2005 and 2006.

Gudjohnsen, whose last club were Club Brugge in Belgium, joins Bolton at a time when the Whites are struggling in the Championship.

The four-time FA Cup winners currently find themselves 18th in the league table, 10 points below the playoffs and just three above the relegation zone.

No Bolton player has scored five or more league goals this season – Joe Mason and Craig Davies both have four.

Gudjohnsen is likely to miss this weekend’s game against Reading, but he could make his ‘second debut’ for Bolton at home to Ipswich on December 13.

He will wear squad number 22.

OFFICIAL: #BWFC have completed the signing of free agent Eidur Gudjohnsen on a deal until the end of the season. pic.twitter.com/3xLGby9wpt

OFFICIAL: #BWFC have completed the signing of free agent Eidur Gudjohnsen on a deal until the end of the season. pic.twitter.com/3xLGby9wpt