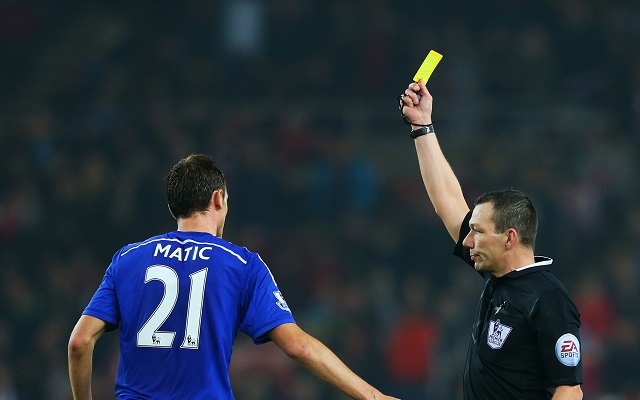 The Blues are playing well but are at serious risk of slipping against a tough Newcastle team.

Chelsea are on a hot-streak. The West London side are unbeaten in 21 competitive fixtures this season, and have won 12 of their 15 Premier League fixtures.

But the Blues face a huge test against Newcastle tomorrow, and could easily drop at least two points.

Here’s why Chelsea’s record is at risk tomorrow:

Chelsea’s performance will come down to how they deal with Nemanja Matic’s absence. The Serb picked up his fifth yellow card against Tottenham, and is suspended for the game at St James’ Park.

Chelsea have two possible replacements for Matic in Jon Obi Mikel and Ramires. The problem is that neither of them are capable of doing the midfielder’s job in the same way.

Jon Obi Mikel is a capable defender, and has the same strength and coolness in possession that Matic has; while Ramires has the energy and ability to burst forward. Neither of them has both, which is why the Serbian international’s arrival has been so important to Chelsea over the last 12 months.

Mourinho will probably pick Mikel alongside Fabregas in Matic’s position, but may well select Ramires on the right instead of Willian, in case the game descends into a physical battle similar to last year’s encounter.