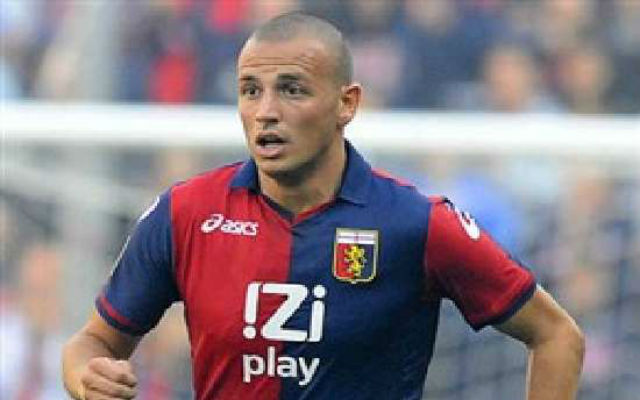 Genoa captain Luca Antonelli has sparked a flurry of speculation in his homeland after he admitted he would love to join Premier League giants Liverpool, according to the Daily Star.

The Italian midfielder has helped guide his club into third in the Serie A table this season thanks to a strong start, but despite that the left-back has admitted that he has his eye on a switch to Liverpool.

“My dream is to one day play for Liverpool,” he said.

“Anfield is like the Luigi Ferraris, their stand is similar to the Gradinata Nord.

“But I am still young, there will be time to talk about this again.”

The 27-year-old will come up against AC Milan this weekend, and as a result may be able to pit himself against former Anfield hero Fernando Torres.

An Italian international with seven caps, Antonelli began his career with Milan, but could only make a single appearance. He moved on to Parma via Bari before joining Genoa in 2011.