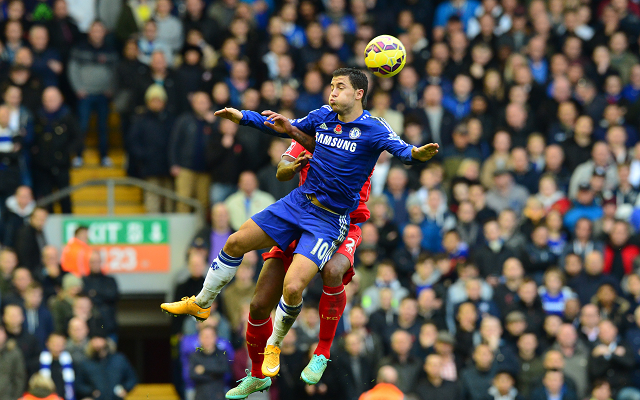 Real Madrid are said to be plotting a £70m bid for Chelsea star Eden Hazard this January as the Blues look to tie the Belgian down to a new deal, according to the Daily Express.

The 23-year-old has long been regarded as one of the best attacking midfielders in the world, and is a long-term target for big clubs such as Real Madrid and Paris Saint-Germain after his superb performances for the Blues in the Premier League.

Chelsea seem confident that Hazard will renew his deal at Stamford Bridge, but it remains to be seen if he could have his head turned by strong interest from big-spenders Real and PSG this winter.

Hazard’s superb ability on the ball and eye for goal make him the ideal ‘Galactico’-style signing for Real, who are known to be on the lookout for new attacking players after letting Angel Di Maria leave the club for Manchester United in the summer.