Stats say it’s time for a changing of the guard at the Emirates.

When Wojciech Szczesny took his place on the treatment table next to David Ospina, most Gunners fans feared that their season was about to go from bad to worse as rookie stopper Emiliano Martinez was their only fit goalkeeper.

But according to the Metro, there are six key stats that show the young Argentinian could very well be a better option than his Polish counterpart.

The 23-year-old may have only made a handful of appearances for the club this term, but he has looked strong in his fledgling appearances and has three stats under his belt that look to make him a better option than Szczesny.

Martinez averages more catches, punches and saves per match than Szczesny and though it’s still early doors, he’s showing all the signs of becoming a very valuable asset to the club.

However, with Szczesny set to return to action this weekend, Arsene Wenger would do well to reconsider his options. 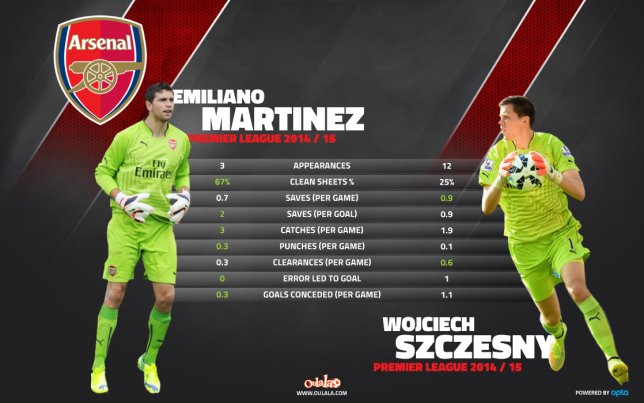