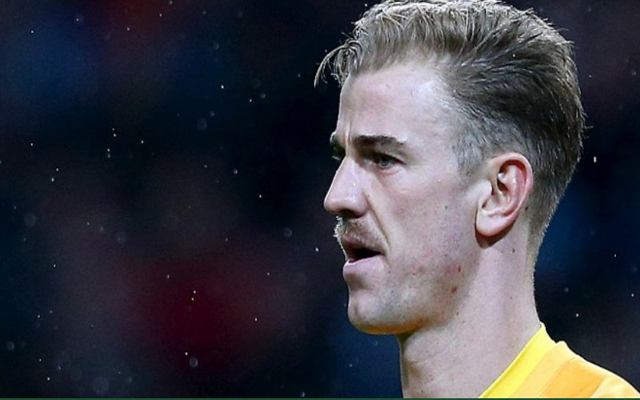 City hoping to tie up the future of Joe Hart as soon as possible.

Manchester City are set to end speculation over the future of England international goalkeeper Joe Hart by agreeing a new £125,000 per week deal with the former Shrewsbury Town man, report the Express, despite the odd dodgy moment from the long serving star so far this campaign.

Manager Manuel Pellegrini has kept faith with Hart for the majority of the season, despite signing experienced La Liga stopper Willy Caballero from his former club Malaga to provide increased competition, and Hart has put in some fine displays for City despite being at fault for the odd error as well.

Arsenal and Liverpool have been tentatively linked with moves for Hart this season as his contract situation has dragged on, however, meaning that City are likely to be happy once negotiations have concluded and Hart is able to put pen-to-paper on a long term deal that will be worth £25m and is likely to keep him at the Etihad Stadium late into his career.

Hart will become the latest in a long line of City stars to commit their long term future to the club this season after the likes of Edin Dzeko, Aleksandar Kolarov, Pablo Zabaleta, Sergio Aguero and David Silva have all also signed new contract in the recent future.