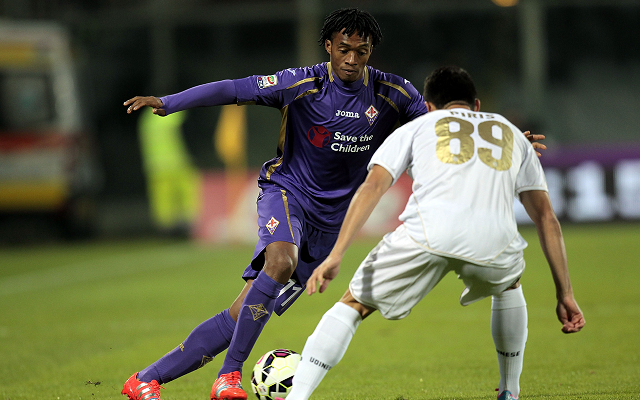 Chelsea and Liverpool are amongst those teams who have been linked with moves for Fiorentina players, and the likelihood of one of those moves happening has now become far more likely, with Goal reporting the club’s sporting director Daniele Prade declaring:

“We will only sell in January, our squad is too big”

Apart from Chelsea target Juan Cuadrado and goalkeeper Neto whom Liverpool have reportedly been chasing, there are plenty of other top players in the squad who could interested Premier League teams.

Marcos Alonso, who had a spell at Bolton, is a technically excellent left-back who is having a great season in Florence, and would make an excellent target for a club aspiring to be in the Champions League.

Borja Valero is another player with experience in England, having player for West Brom for a season in 2008. The midfielder is a Xabi Alonso-like ball player, and would be a great addition to a top half team looking for some real class.

Amongst La Viola’s other standout performers this year is former Manchester City defender Stefan Savic, who has been a rock at the back for Fiorentina, and would love a chance to show City what they missed out on by not giving him a chance.