Former Arsenal star Thomas Vermaelen has not played a single game for Barcelona since joining the La Liga giants this summer.

Despite his lack of game time, the Belgian international is a popular member of the team at the Camp Nou. 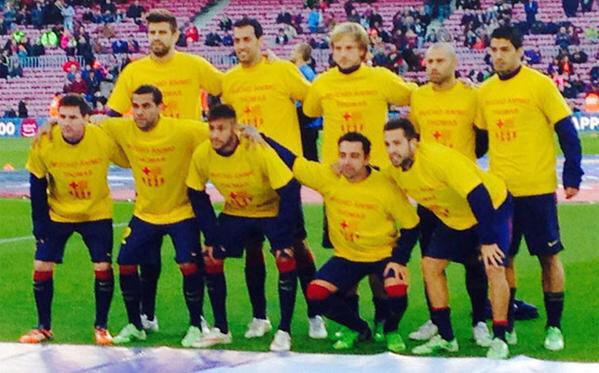 Vermaelen was recently ruled out for another five months, after undergoing surgery on a hamstring injury.

His teammates showed their support for the crocked ex Gunner on Sunday by wearing tee-shirts with the words “Mucho animo Thomas” – translated as “Cheer up Thomas” – printed on the front.