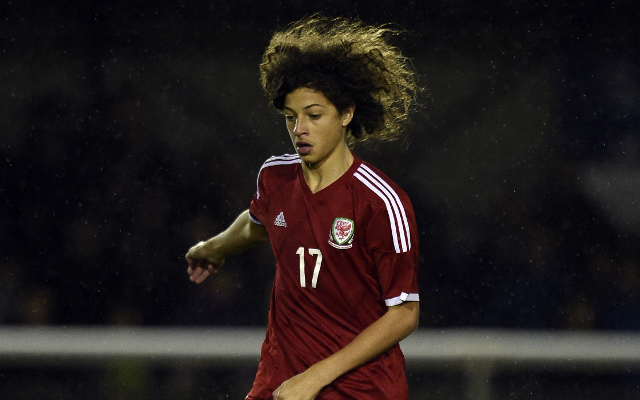 Exeter City wonderkid Ethan Amapdu could be on his way to the Premier League with both Arsenal and Manchester United interested in signing the 14-year-old, according to the Daily Star.

The teenager was called up to the Wales Under-16s in October as they beat England 1-0 in the Victory Shield and has been making a good impression in Exeter’s academy.

The Gunners are believed to be leading the chase as the youngster’s father – Kwame Ampadu – is a coach at the club’s Hale End academy and could surely help convince his son to join him.

After years of being accused of neglecting the academy Arsene Wenger has now overseen a string of graduates from the youth system who are now established stars for the club and their respective countries.

Of the current first team crop standout stars such as Kieran Gibbs, Wojciech Szczesny and Jack Wilshere all came through the ranks.

However, it is a similar story at Old Trafford where United are well renowned for promoting from within, with Jonny Evans, Darren Fletcher, Rafael and more recently James Wilson coming from the academy.

Yet there are concerns that the policy is being dropped by the Red Devils after spending almost £150m on expensive talent from elsewhere over the summer.