The 26-year-old Argentine has scored 19 goals in all competitions so far this season, and has, at times, single-handedly won the Premier League champions points so far this season – strongly establishing himself as the club’s key player.

How will City manage without him? Comparisons can be drawn to Liverpool’s struggles so far this season, where the Reds have sorely missed Daniel Sturridge so far this year. But which Premier League team would cope best without their star player?

In the list below, we rank each of the division’s star players in order of their importance to the team – with the player in first the most crucial to his side’s chances: 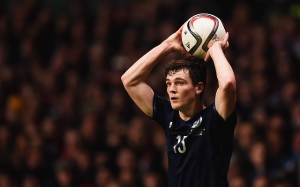 Proved on international duty with Scotland last month why he’s a big name for the future. The left-back is young and could be an exceptional player.