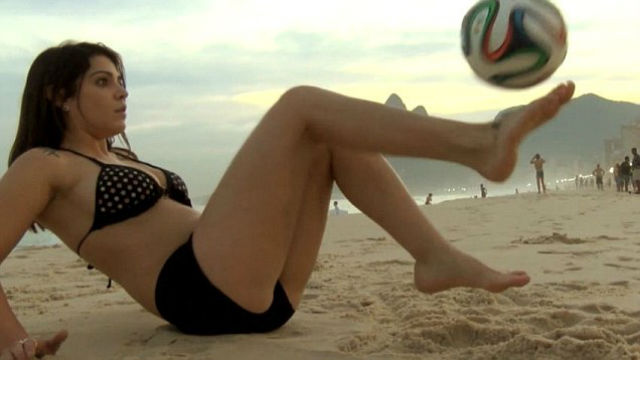 Argentine model proves she’s still a better footballer than you even in weird shoes.

Stunning model/freelancer Fiorella Castillo is back again and shows off her skills as well as her assets in a new video.

The 24-year-old rose to prominence before the World Cup when she first showcased her outrageous skills by taking on challengers on Ipanema Beach in Brazil.

Now she’s back, armed with a short top, some even shorter shorts, and the weirdest pair of football boots you’re ever likely to see.