City must win in the Italian capital to stand any chance of qualifying.

City may have failed to get the sums right in last season’s Champions League group stage but the arithmetic is plain and simple this season. Win or get a score-draw and hope Bayern can hold or defeat CSKA Moscow.

Last season, with City leading 3-2 against Bayern Munich, boss Manuel Pellegrini substituted Sergio Aguero when all was needed was one more goal. A goal that would have seen them finish top, avoid Barcelona and who knows what else might have happened in the competition?

This year, City have to get some kind of a result if they want any chance of getting through to the last 16. CaughtOffside take a look at the key battles of this match and just how City’s line-up is going to fare when it racks up in Rome. 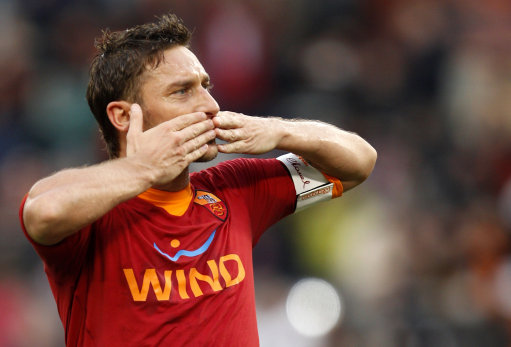 It only takes one chance, which Totti so beautifully proved as he beautifully scooped the ball over Joe Hart to equalise for Roma in the side’s 1-1 draw in September. The King of Rome might be 38 but the Italian veteran is a battle-hardened gladiator after years plugging away on the forward line.

Vincent Kompany will certainly have to be aware of the Totti-factor and knows the forward kills with his genius, not speed or strength, and any big mistake could lead to a goal from the maestro.

City will be sweating on their captain’s fitness right up until kick-off, despite training with the rest team yesterday, and have to hope their talisman is fit if they are have any chance of winning the fight for qualification in the gladiatorial setting of the Stadio Olimpico.