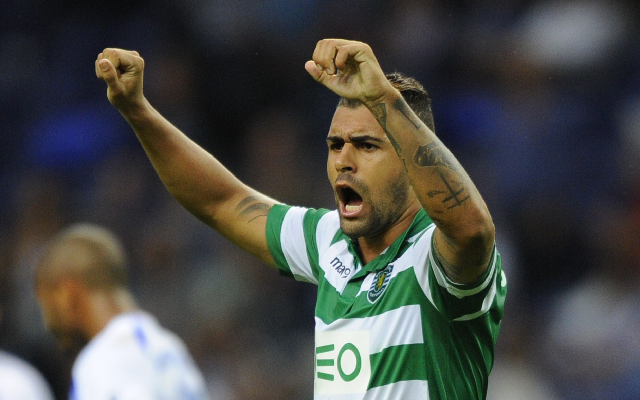 The full-back gets one back for Sporting.

Early in the second half of the Champions League clash between Chelsea and Sporting Lisbon at Stamford Bridge the Portuguese side have got themselves back into it.

After Cesc Fabregas and Andre Schurrle had given the Blues an early 2-0 lead it looked as if Sporting would be on the end of another defeat.

Yet Jonathan Silva has popped up early after the break to score his team’s most important goal so far this season.