Manuel Pellegrini’s side join a host of brilliant English results in Italy.

Manchester City managed a miraculous turnaround against Roma in their Champions League final group game to make it through to the last 16.

Manuel Pellegrini’s men enjoyed a stunning turnaround with many believing it impossible for the English side to progress any further into the competition.

But how does City’s win compare with that of other English sides wins in Italy? 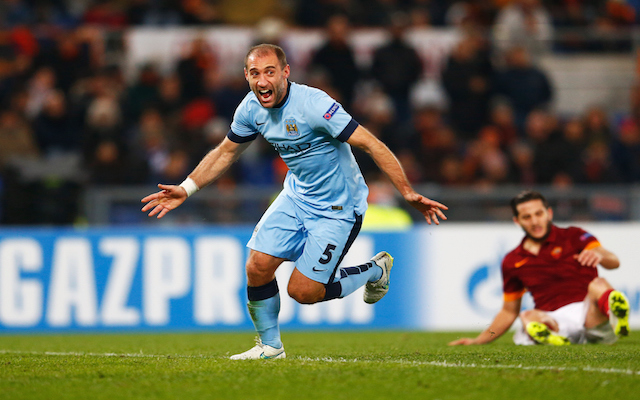 Despite just two points their from first four games City completed a miraculous recovery during their last two Champions League group games that culminated in an impressive 2-0 win at the Stadio Olimpico.

City looked dead and buried when Bayern Munich were 2-1 up at the Etihad in their fifth group game but an inspired hat-trick from Sergio Aguero set City up for a final game showdown.

There were numerous permutations going into the match but City knew that a win would aid their qualification charge. They weathered an early Roma storm before Nasri and Zabaleta secured their place in the last 16.