Zenit St Petersburg could be set for a major January clear out after crashing out at the group stage of the Champions League this week, with the likes of Hulk, Axel Witsel, Ezequiel Garay and Javi Garcia all placed on the chopping block, according to the Daily Express.

Reports in Russia suggest that Zenit’s owners have run out of patience with a group of highly-paid stars they brought in specifically to improve the club’s chances in Europe’s top competition.

And though the club have not crashed out of Europe entirely, the club could look to sell the big name quartet in the new year in order to remodel the squad.

But where will they go? A number of Premier League sides have registered an interest in all four at one point or another, and below is where we think they could move to if made available. 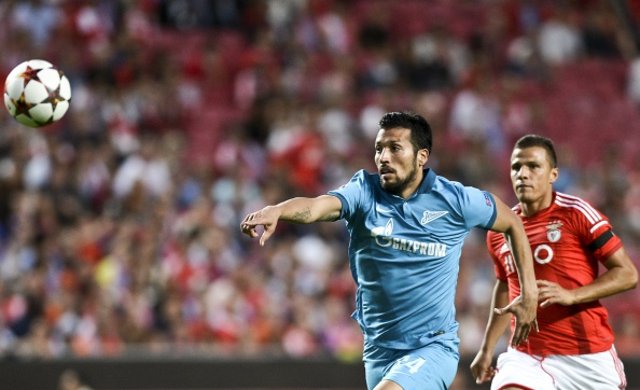 Where could he go: Manchester United

The Argentine ace only made the move to Russia over the summer, but could find himself on the way out sooner than he expected. Manchester United have been heavily linked with the former Real man for nearly 18 months now, and with their defensive crisis refusing to relent then Louis Van Gaal could be tempted to break the chequebook out again.