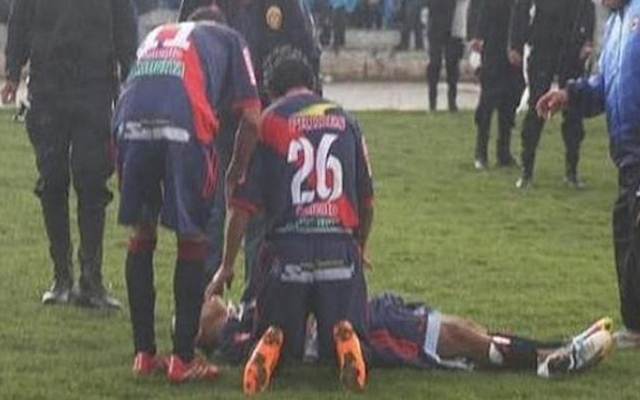 Peruvian football Joao Contreras has survived being struck by lightning during a Copa Peru match.

Contreras, of Sport Aguila, sustained burns to his legs during the semi-final clash against Fuerza Minera.

Initial reports suggested the 21-year-old had been killed, however news agencies have revealed that he had suffered second-degree burns and remains in a stable condition in hospital.

He told Peruvian media that he “felt dead”.

“I didn’t know what was happening,” Contreras said.

“I could not feel my feet.”

Watch the shocking footage below: