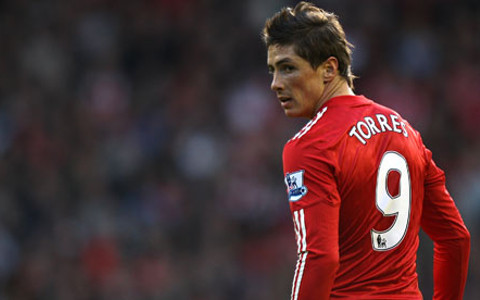 Liverpool are considering a shock move to bring Chelsea striker Fernando Torres back to Anfield in an attempt to cure the club’s woes in front of goal, report the Express, after it emerged that AC Milan could terminate the Spaniard’s two-year San Siro loan deal early after he failed to impress early on in Serie A.

Torres was a hero at Anfield before being sold to bitter rivals Chelsea for a huge fee of £50 million, but despite Torres’ inability to settle at Stamford Bridge, he has received a frosty reception from the Anfield faithful whenever coming up against them.

The Spaniard has never really settled at Stamford Bridge despite the occasional crucial goal and was allowed to leave the San Siro this summer to spend the final two years of his contract on loan at Milan – but he has so far failed to make any real impact on Pippe Inzaghi’s side.

Liverpool, however, have huge goalscoring issues with star striker Daniel Sturridge picking up a succession of niggling injuries, meaning that the Reds could move to bring Torres back to Anfield on a sensationally free transfer if his Milan nightmare is brought to an end.