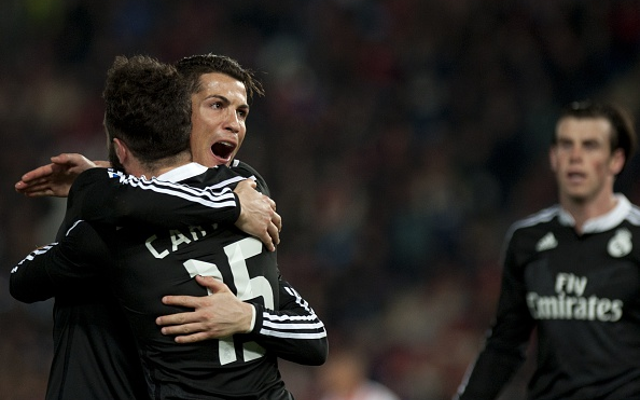 Real Madrid star Cristiano Ronaldo is closing in on another superb record after making history with his two goals against Almeria last night, AS reports.

The Portuguese international took his tally for the season to 25 goals, all scored in just 15 La Liga matches to continue his remarkable run of form in Carlo Ancelotti’s all-conquering side.

Ronaldo has now equalled the best tally of any player after 15 games of a Spanish top flight campaign, and is only four goals away from bettering Lionel Messi’s record for goals half way through a season.

The Argentine netted 28 times for Barcelona at the half-way point of the 2012/13 season, and Ronaldo can now reach 29 if he scores four times in his next four appearances – something that certainly seems easily achievable based on his phenomenal scoring rate so far this year.

Ronaldo and Messi are once again frontrunners for the Ballon d’Or this year and both seem to be breaking records week after week at the moment as they establish themselves as true greats of their generation and perhaps of all time.