Bradley Wright Phillips – a player unable to forge a career in England – has won the MLS Golden Boot Award with 27 goals in the regular season.

After a failed Premier League career, Bradley Wright Phillips had dropped down to League One – England’s third tier – to ply his trade.

His successful MLS season proves the gulf in quality between the US domestic game and the European leagues. 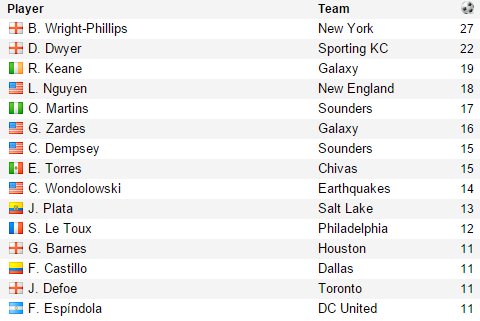