Either Racing Club or River Plate will be champions of Argentina by this evening.

Racing have a two point advantage at the top thanks to seven wins and a draw in the their last eight games. 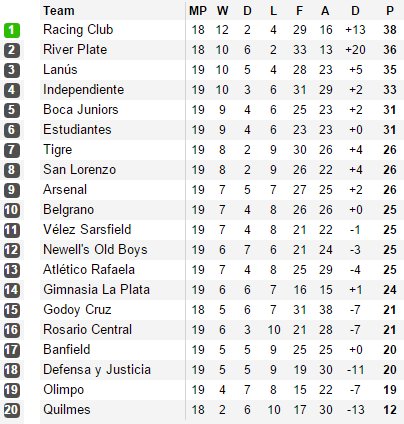