Liverpool have spent more than Manchester United over the last ten years but have won far less than the Old Trafford club.

Over the decade they have spent £599 million to the Red Devils’ £542 million. In the intervening time both teams have won the Champions League, but United have won more trophies in all other competitions.

Check out the image of their spending below. It doesn’t make Liverpool look great… 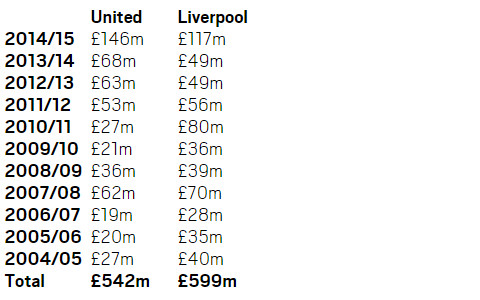