Racing Club are three points from the Argentine title.

Just 12 weeks ago they were 1oth, while River Plate cruised at the top of the table unbeaten.

You can see the graphic below to understand how spectacular their fightback has been! 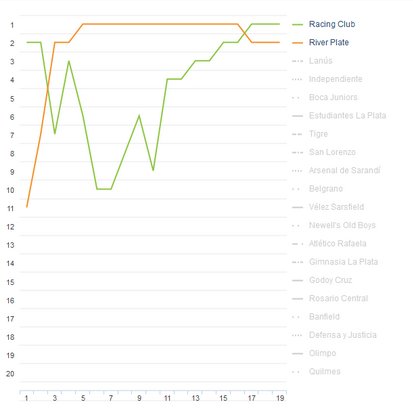