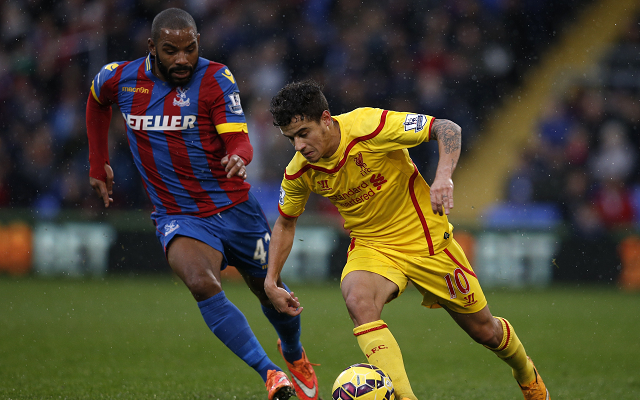 Liverpool legend Jamie Carragher has laid in to current Reds star Philippe Coutinho for his performance against Manchester United, reports the Daily Mail.

The Merseyside club lost 3-0 to the Red Devils on Sunday, and the blame for the first goal has been laid at the feet of the Brazilian by the now pundit. He believes that the 22-year-old should have been marking Wayne Rooney before he scored past Brad Jones to make it 1-0.

Steven Gerrard is also seen as adding to the defensive problems by not marking any players near the edge of the box. Their play was described as unforgivable by the former centre-back.

“What ‘Coutinho does on the edge of the box is unforgivable,” he told Sky Sports.

“It is lazy but from Manchester United’s point of view it is a great goal. Another problem is that Gerrard is left on his own at the edge of the box. It is unforgivable, lazy and weak.”

Liverpool have been having a poor season so far, and they are languishing in ninth in the table after 16 teams. Both Everton and Tottenham could overtake them if they win their games in hand.