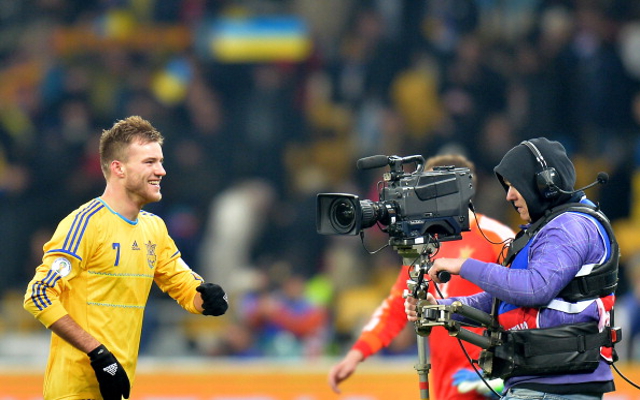 Dinamo Kiev winger Andriy Yarmolenko could be on his way to Manchester United in January, if Louis van Gaal wants him that is, according to Ukrainian publication Telegraf .

The 25-year-old has regularly been linked with a move to the Premier League, with Liverpool and Manchester City both showing an interest at one point or another.

Dinamo Kiev’s president Igor Surkis has revealed that his star man would only be allowed to leave if Manchester United or Rea Madrid come knocking.

He insisted that he had no desires to let Yarmolenko leave, but that he wouldn’t be able to refuse him a transfer to a huge club like United or Madrid if that is what he wanted.

“I can’t guarantee that during the winter Andriy Yarmolenko will not leave the club, because I respect both fans and Andriy. He can go for transfer in the winter, conditional on it being Real Madrid or Manchester United,” Surkis said.

The Ukrainian international’s current deal runs until 2016. Kiev will be in no rush to sell him, they may want to cash in on him by the end of the season to make sure they don’t lose him for free the following year however.