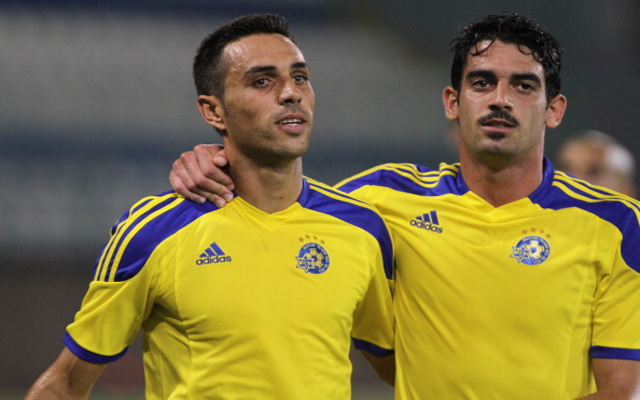 New Tottenham head scout Paul Mitchell has been out tracking various potential attacking signings and is said to be targeting in form Israeli international Eran Zahavi according to the Sunday Mirror.

The 27 year old Maccabi Tel-Aviv attacker is in a fine run of form and is also being tracked by Premier League sides Burnley, Swansea City and West Brom and is said to be available for as little as £1.6m.

The former Palermo man has racked up an astonishing 14 goals in 11 domestic league fixtures this term and bagged 34 in all competitions last term and would no doubt jump at the chance of a move to White Hart Lane.

Talent-spotter Paul Mitchell has also been watching Rijeka striker Andrej Kramaric, with the Croatian having already been the subject of a failed £7.9m bid from Premier League strugglers Leicester City.

Tottenham boss Mauricio Pochettino has seen Emmanuel Adebayor, Erik Lamela and Roberto Soldado struggle for goals and but for Harry Kane the north London side would be without much of an attack to speak of, hence the need to bring in reinforcements.