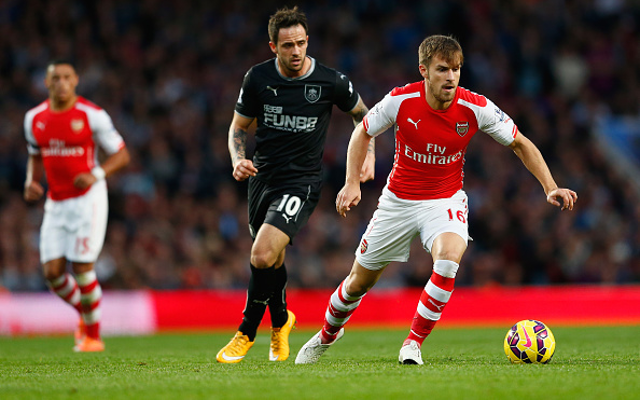 A trio of Arsenal stars have taken to Twitter to give their reactions on the Champions League draw which pitted them against Ligue 1 side Monaco.

The last 16 draw for the Champions League took place on Monday morning, with the Gunners surprisingly getting a rather favourable draw.

In both the last two seasons Arsene Wenger’s side have found themselves up against Bundesliga giants Bayern Munich, so to be drawn against comparative minnows Monaco is a fantastic result.

With teams like Barcelona and Real Madrid also a possibility after finishing second in their group, Arsenal fans were not feeling confident about the draw.

But seeing their Group D rivals Borussia Dortmund draw Juventus in the last 16 will have made Gooners feel far better about finishing as runners up, with Monaco certainly the kinder draw.

Arsenal stars Aaron Ramsey, Mesut Ozil, and Lukas Podolski all took to Twitter to give their reactions to the results.

Monaco! I’m sure our fans will enjoy the away trip… great place, great draw! #ChampionsLeague

It’s AS Monaco – Mon. Wenger will be happy about the draw  #UCLdraw #AFCvMON #COYG

It’s AS Monaco !! What you think ? #ChampionsLeague #draw #AFC #Poldi