The Premier League icon announced his retirement from the game and will join Sky Sports as a pundit.

Arsenal and Premier League legend Thierry Henry announced his retirement from football today after 20 years at the top.

The 37 year old has been coy about his next career move since leaving New York Red Bulls earlier this month but finally hung up his boots and announced he will begin working as a pundit for Sky Sports.

His eight year period at Arsenal saw him develop into one of the world’s best players and a modern day footballing great.

CaughtOffside takes a look at the Henry’s iconic career: 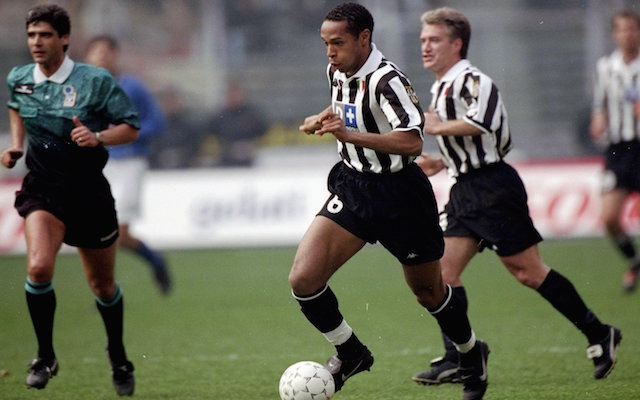 Henry joined AS Monaco as a teenager and was promoted to the first team under future Arsenal boss Arsene Wenger.

Henry wasn’t deployed solely in the centre-forward role during his time in the principality, playing across the whole front-line and manages his best season in 1996/97 with nine goals in 36 games in the French league and was Young Player of the Year.

Henry managed to amass 28 goals in 141 appearances for Monaco before a move to Juventus in the 1999 January transfer window.

Yet Henry could never settle in Turin and could only manage three goals in 19 appearances. After just eight months he’d leave Italy and rack up at a revitalised Arsenal under revolutionary boss Arsene Wenger.