Henry called time on his career this week after 20 years at the top of the game and will take up a post as pundit at Sky Sports.

The England midfielder was among a host of footballing stars, past and present, to pay tribute to the France and Arsenal legend, who scored an impressive 360 goals in 792 games throughout his career – though Wilshere decided to go for a more comical approach.

The 22-year-old revealed the rather primitive form of defending that needed to be employed to try and stop the rapid striker who plagued the nightmares of many a Premier League defender in his pomp (cough Jamie Carragher).

Wilshere wrote on his Instagram post: “Some defenders should have used my tactic’s to stop this machine! You know who you are #Legend” 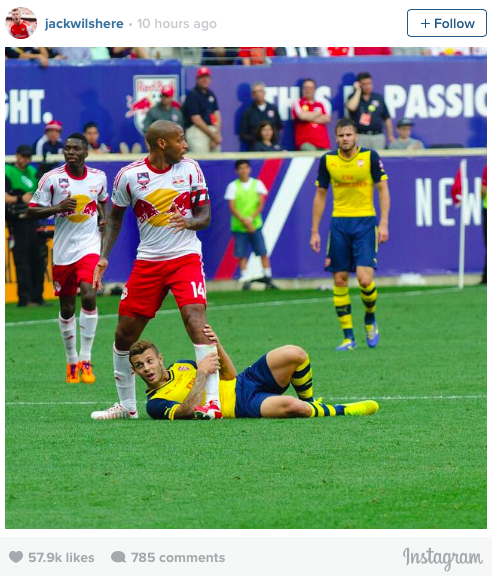